preliminary materials towards an argument game

tune into espn and you might catch a media personality yelling a controversial, inflammatory opinion:

Sorry, but I’m gonna be the first to say it: the Los Angeles Lakers would be better without LeBron James on the floor.

detractors call this a “hot take.” in their eyes, the hot take is the atomic unit of an alarming strategy that espn, fox news, cnn, and other news sources have adopted. that strategy is to manufacture controversy in order to drive clicks, attract eyeballs, manufacture conversation, and increase other key metrics on which the business depends. 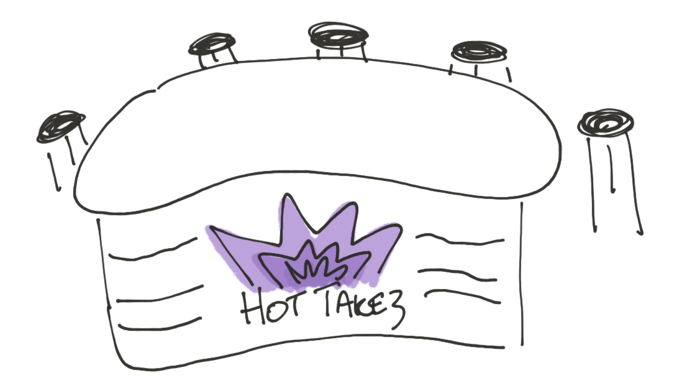 i like that detractors have created vocabulary to expose the machine and it’s encouraging that the vocabulary is taking off.

i really like that The Ringer and other inventive sports media startups have started to reclaim and remix that vocabulary to their own ends. Robert Mays and Kevin Clark have a segment called Take Shop, in which they workshop a hot take that is maybe too hot, or not hot enough, in some way not ready for primetime. the whole thing is at once tongue-in-cheek and entertaining. it’s meta, but it works.

what would it look like to do a similar move outside the world of sports? to play a game that:

i recently became aware of the “virtue signaling” phenomenon, in which people are calling each other out online for conspicuously performing moral values. that’s a good example of 1. i don’t think 2 has been created yet. it might be something like inspecting something’s virtue:signal (v:s) ratio, or to identify signaling wormholes (in which calling out virtue signaling is itself primarily a signaling act), etc.

here are some preliminary materials for a game that exposes the way compelling conversations are constructed and leaves room for players to evolve it.

what would it mean to bid on a take, bridge style. the more action on a take the hotter it is.

what would it mean to draw personae cards. to have to argue from an unexpected position. maybe your persona is secret, werewolf style. 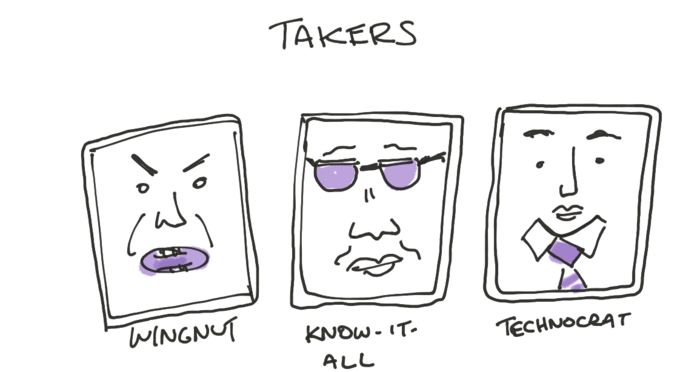 the take shop is where the take gets molded, litigated, transformed. does it even matter whether the take that comes out looks anything like the take that went in. no. not to the producers of the show. 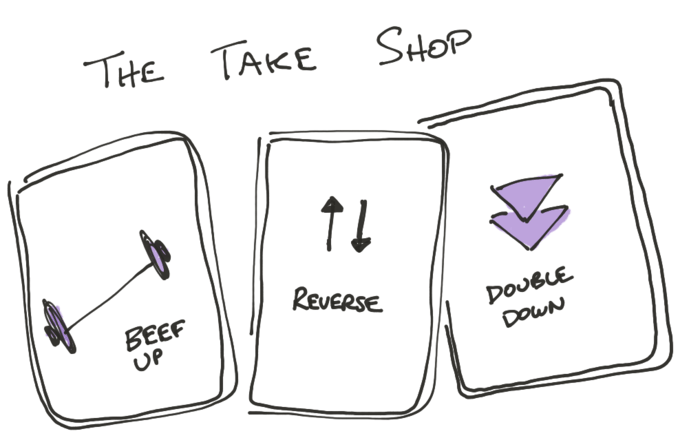 how are points rewarded? who wins? what does it mean to win? are there neutral parties? a producer, evaluating the quality of the segment? is it something like turntable.fm, performed in front of an audience? or do the talking heads vote each other off? 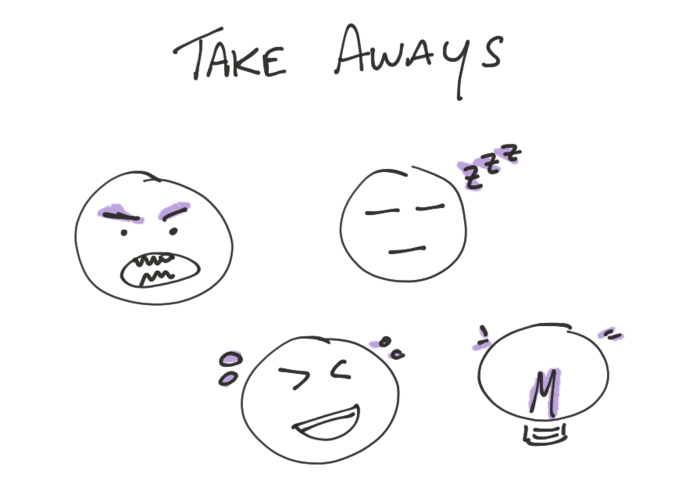 i don’t know. need to try the game out.

lenses and other ways of seeing

i am an advocate for seeing things in many ways. is there an Impressive Greek Word for that. polytropos, the epithet for my hero Odysseus, is not quite right. i like anything that you can put on and take off. i am a sucker for the six... Continue →